Sonic ‘06 is infamously bad. It’s glitchy, it’s a meme, et cetera. But actually, it turns out that it’s really bad. It’s a bad game. I played it. I played so much of it. I own the DLC. It’s honestly hard to describe. So here’s a description.

I’m trying not to include general shoddiness here, which there is a lot of. Also, I’m not numbering them. This isn’t Buzzfeed.

There is “Very Hard” mode DLC. You could pay money for it. This shipped after the game released and they knew about the issues. Sega’s reaction after shipping Sonic ‘06 was to try to charge people for more Sonic ‘06.

In addition to the hard mode DLC, there is DLC for an extra story called “TEAM ATTACK AMIGO”, where you play through a number of stages as side characters. Like End Of The World, you have to finish the whole gauntlet in one go with one pool of lives.

The very first quest in the game is called “The winder of a shoemaker”. You have to play through it with Sonic in order to progress. This is probably a typo of “wonder”. This is generally indicative of the level of quality control throughout the game.

There’s a key plot item called the Scepter of Darkness. Apparently, they went back and forth on what this would actually be a couple times: first it was the Tears of the Sun, then the Book of Darkness, finally a scepter. Other than the in-game model, this doesn’t really matter, except somehow they mixed the names up in the finished game a couple of times.

The game manual contains instructions for an elaborate levelling mechanic that does not exist in the game. Sonic has a meter called the “Action Gauge” that was meant to act as a kind of SP that powered special moves, which could be levelled up with “maturity.” None of this is actually present. In the final game, Sonic’s meter stays full at all times, and the few special moves you can unlock do not deplete it. The manual was never fixed.

Sonic has a few special moves that he can unlock late game by buying special gems. The moves are supposed to deplete your action gauge when used, and defeating enemies is meant to refill the gauge. The gauge never depletes, though, due completely to a single naming error: the code uses the name c_gauge_(gem), but the relevant code is stored in c_(gem).

All the character’s “meter” code seems to just be copy-pasted from silver, with the internal name psi_power.

One last thing about those special moves. They’re unlocked by buying items with rings, but the only way to get enough rings as Sonic is by getting high ranks on story missions. Replaying story missions doesn’t give you rings, so you can’t get rings after you beat the game without replaying the full final level, final boss, and credits. You have to reset the game.

There are just a ton of menu options for features that didn’t appear anywhere, including network play, global leaderboards, level select for individual amigo characters, an audio room with music from previous sonic games, a mission select mode, and Super Sonic and Metal Sonic as playable characters. Metal Sonic isn’t even in this game.

Also, the instruction manual talks about shields, but there aren’t any in the game anywhere.

I can’t possibly dive into how absolutely bonkers the NPC dialogue is, but… it is.

this guy is the maddest a video game character has ever made me. more than any villain. what the fuck are you fucking talking about dude

The Xbox 360 port was actually much better, as the porting team took the time to fix a number of the issues and polish the game significantly. These fixes can be seen in the demo. They cannot be seen in the retail version, though, because Sega insisted they all be reverted so that the 360 version would match the PS3 game. Yes, really.

The various stage warp portals scattered around are mostly decoration and don’t take you to levels unless they’re specifically triggered, which is good, because you can sequence break and/or reach them as characters that can’t beat them. 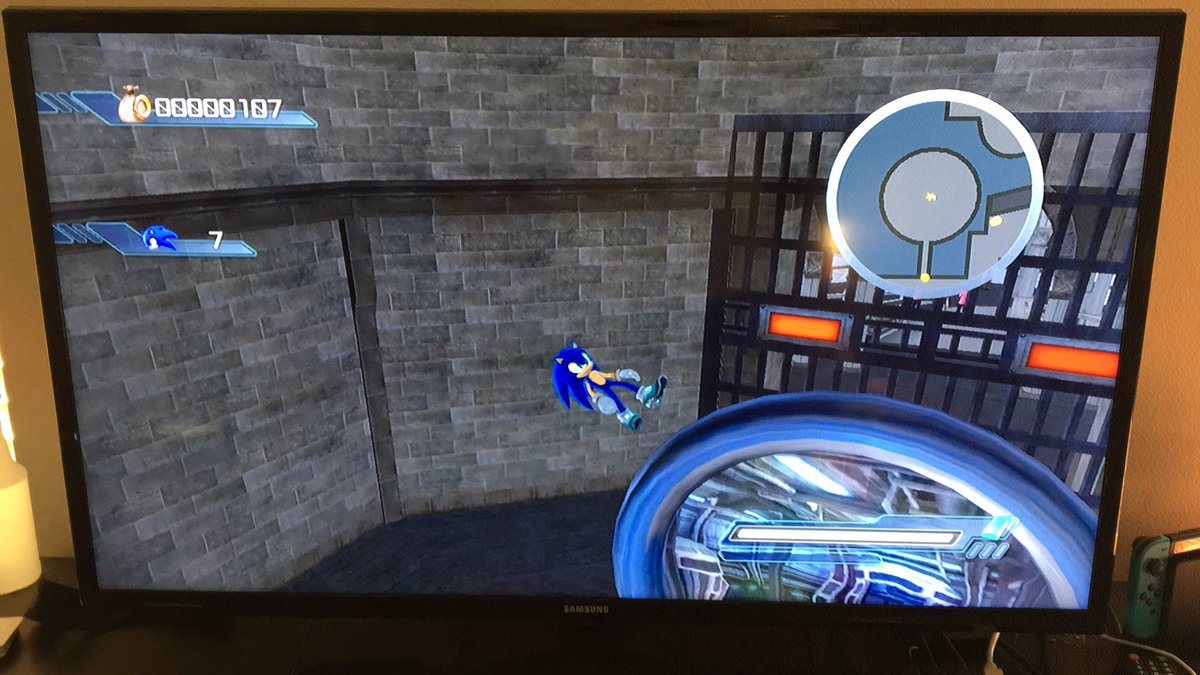 In Silver’s playthrough of Kingdom Valley, there are metal bars (part of the level geometry) that you need to stand at and press a certain button to activate. Nothing tells you to do this. There is a tutorial prompt explaining this, but for some reason it’s only in Sonic’s playthrough. The game is designed so that you can play this stage in either order. This issue repeats a couple different times, with crucial prompts only appearing in Sonic’s story.

The game is actually titled “Sonic the Hedgehog” with no extras, as if this was to be the big master game that redefined the franchise.

Speaking of the voice in that clip (the GUN commander), he also famously recorded this Wave Ocean line wrong and had to re-set himself and redo the take. That’s normal, that happens all the time. Sometimes unused takes are even still shipped on the disc. But Sega used the flub in the final game. It’s mandatory and plot relevant.

There was originally going to be an online multiplayer mode.

There’s a local multiplayer mode with co-op and race modes. In a 2p race, Silver can grab the other character at the start with psychokinesis. He can’t carry them around, but they’re stuck in place until Silver lets go. If you grab sonic at the start you can just walk through the level as Silver and guarantee a win. Silver just has really broken interaction with other characters in general.

You can beat Sonic’s final boss by just letting it fly off without you and letting the object despawn:

Sonic was supposed to go through the sand billiards temple with Elise but it got cut, which ruins Silver’s entire plot justification for going through one of the worst levels in the game. The whole reason he goes there is Amy says Sonic was there, but nope.

The final secret stage, called “End of the World,” makes you replay every level in the game using every character in the game (except Sonic, who is dead, and Blaze, who just left) in one go, with one pool of lives, and with instant-death black holes scattered around that pull you in with gravity, in addition to the regular stage hazards.

According to the story, characters in this game can just time travel at will if they have chaos emeralds, which are just found lying around everywhere.

There’s a lot that just kills you.🔗