One of the reasons Homestuck was so popular is how contemporary it was to internet culture. You tell anyone that Homestuck is heavily influenced by internet culture and they’ll nod and agree and you’ll both be very intelligent media critics. But somehow, even from that same group, you’ll see people who notice how the writing style of Homestuck changes over its nine year run and forget about contemporary culture entirely, which is a mistake.

Andrew Hussie has always spoken (or tried to speak) in an aggressively contemporary voice. What he wrote in 2008 sounds like it was written for the internet in 2008, with all the charm and all the baggage. Homestuck began in 2009. Remember internet culture from 2009? “R*tard” was still an acceptable insult back then (among the dominant cultural groups that made up internet forums, at least). Going back as an archive reader in 202X, though, reading “the r slur” in casual conversation is jarring. Why is that there? That shouldn’t be there.

The comic that Andrew wrote immediately predating MSPA was called “Team Special Olympics”, and that’s a whole conversation, let me tell you. In MSPA proper, Andrew was happy to make running jokes about racial diversity or gay pornography in an uncritical, unsatirical way. This was the internet culture Andrew’s comics were deeply immersed in.

Rather than stay fixed in 2009, MSPA – and Homestuck in particular – continued to mirror contemporary (read: pop) culture as it went on, which caused natural shifts in the material. What were previously wacky domestic antics played up for laughs became serious issues of domestic abuse, in retrospect. As readers revisited the earlier material, they re-evaluated it through a more mature cultural lens. Because of the serial nature of the comic, this worked out very naturally: as Andrew and the fandom grew, Andrew wrote in-characters realizing that abusive behaviour was concerning, just as actual abuse victims do. It felt like a natural progression of the story and characterization, because it was natural; it was the same dynamic that really was playing out irl.

This effect had a noticeable impact on the tone of the comic. 13 year boys who insultingly called each other “gay” as playful insults – or prefaced their interactions with “no homo” clauses – would become very different characters in 2015. Sexuality isn’t a insult now, it’s a character arc. Disabled characters, too, were originally played for laughs, but later got real character arcs about their disabilities as they related to their identities in a way that treated the issue (semi)seriously.

All this change – what Sarah Zedig calls its “maturation away from its at times uncomfortable edginess” – can sometimes rub old homestuck fans who liked everything about the atmosphere of the 2000s the wrong way. It can feel like the second half of Homestuck is “subverting” the story they knew and loved, because, well, it’s different. In back corners of the internet you’ll hear that Homestuck was somehow “taken over by sjws” or even conspiracy theories that later parts of homestuck were ghostwritten by another author entirely. On the other side of the room, you’ll have people who read Homestuck, see how it develops well-written gay, trans, and non-binary1 main characters in its later half, and treat the full body of Homestuck as thoughtful queer fiction.

Neither of these is quite right. Both forget how long Homestuck was a serial work, and how much the contemporary culture it mirrored changed over its run. Homestuck re-framed earlier events as its fans themselves re-contextualized them in a changing world. Likewise, Homestuck engaged with queer topics only as and because they became a topic of conversation online. Andrew’s writing reflected the culture of the internet as it happened, and reading it as an archive work invokes all those difficulties with it.

When people describe Homestuck now, they might mention that the first part is “dated”, due to contemporary references, slurs, insensitivity, and the like. But that forgets that Homestuck intentionally, extremely, unavoidably a product of its time, and the internet culture that gives it its charm is the same thing that can leave a bad taste in peoples’ mouths.

i want to say this stuff should be left as an apocryphal entry on a wiki, but at the same time i've long maintained that homestuck's maturation away from its at times uncomfortable edginess is part of what makes it such an essential work of fiction. so idk i guess

this is how delusional straight men think pesterquest was written 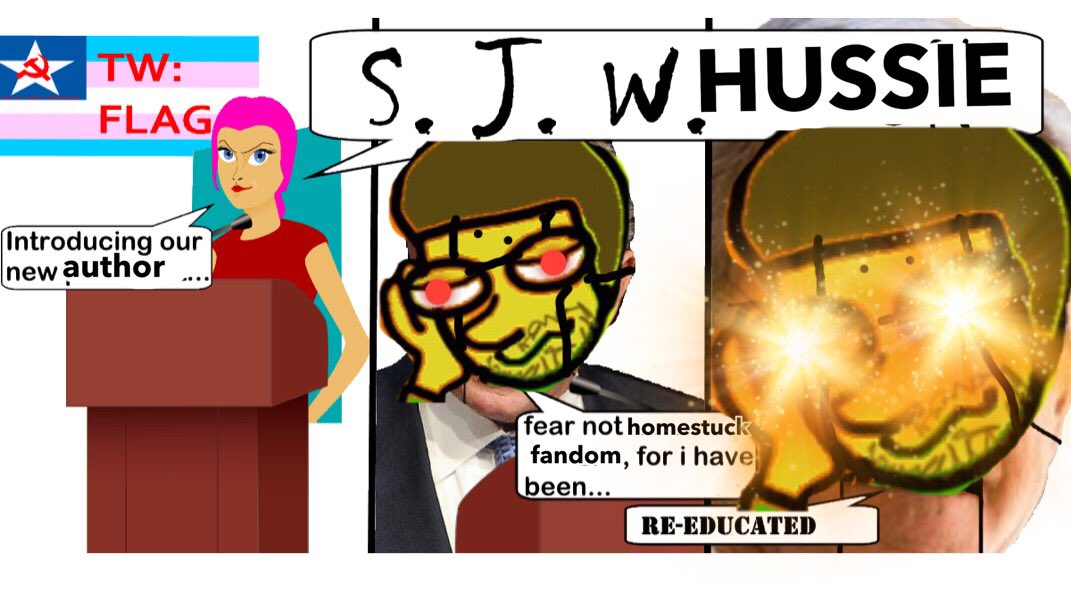 I still guarantee you all with 98% confidence that representation in Homestuck is incidental at best, and Hussie by no means intended to have grandiose, intricate and well-written trans narratives at the start, and J//ne should not be treated as such.

EDIT: I onced called this article – somewhat tongue-in-cheekily – “the” article about slurs in Homestuck on twitter, because while it’s a very narrowly-focused, surface-level analysis, I think it’s absolutely foundational. Any conversation about slurs in Homestuck needs to have a basic understanding of the history and context involved, wherever it goes from there. There’s definitely a lot more to be said about this.