During the years when Homestuck updated regularly, I usually had some sort of update notifier that pinged me when a new page was posted. But since Homestuck usually updated daily, I ended up just keeping a tab open and refreshing it. And that’s pretty much how I kept up with other serial media on the internet, for years. A writing blog that posts regular updates? Keep a dedicated tab open and refresh it occasionally. Comic? Tab. To this day, I have a “serial” browser window that’s just tabs of sites I check regularly. (Or imagine I might want to check regularly, at least.)

please don’t tell anyone how I live

Of course, this is terrible. The biggest problem is browser tabs are expensive. If you have a tab open, that takes up a dedicated chunk of memory, even when you’re not reading anything. CPU too, probably, if the site has JavaScript running on it (which is to say, is either decades out of date, or this one). Not to mention the clutter.

Unfortunately, dedicated browser tabs fit specific use case of keeping up with serial media well. Social media feeds — all of them, Twitter, Facebook, Tumblr, Reddit, YouTube — are explicitly “media aggregators”, services that combine multiple media sources into one feed. This is no good for serial media. If you’re following multiple sources, they likely update on different schedules, and updates from the more active ones will bury updates from those slower. Even email updates have this problem. No, you need a dedicated space for each source (but not each update), which a dedicated browser tab will get you.

There is a good system for this, though: RSS.

RSS (Really Simple Syndication) is a fantastic technology that has fallen out of favour in the mainstream lately. It works like this: the media source puts up a small file somewhere that notes the dates, titles, and (optionally) content of posts. And that’s it. There’s no API, it’s just a file people can read if they want. It’s like traditional syndication, but instead of selling articles to multiple distributors (as with syndicated cartoons), you’re distributing articles to many consumers directly.

Heart & Slash is a special little game. The whole thing is so aggressively fun and stylistic I can’t help but love it. It’s a 3D procgen dungeon beat-em-up. It reminds me of a cross between Neurovoider (a game I love) and Tower of Guns (a game I admittedly do not).

What really gets me is the style. The whole game has this beautiful graphical feel, with these semi-low-poly voxel models and sharp flat-shaded pixel art textures. The whole thing reminds me of pre-playstation 3d graphics, and I am here for it. 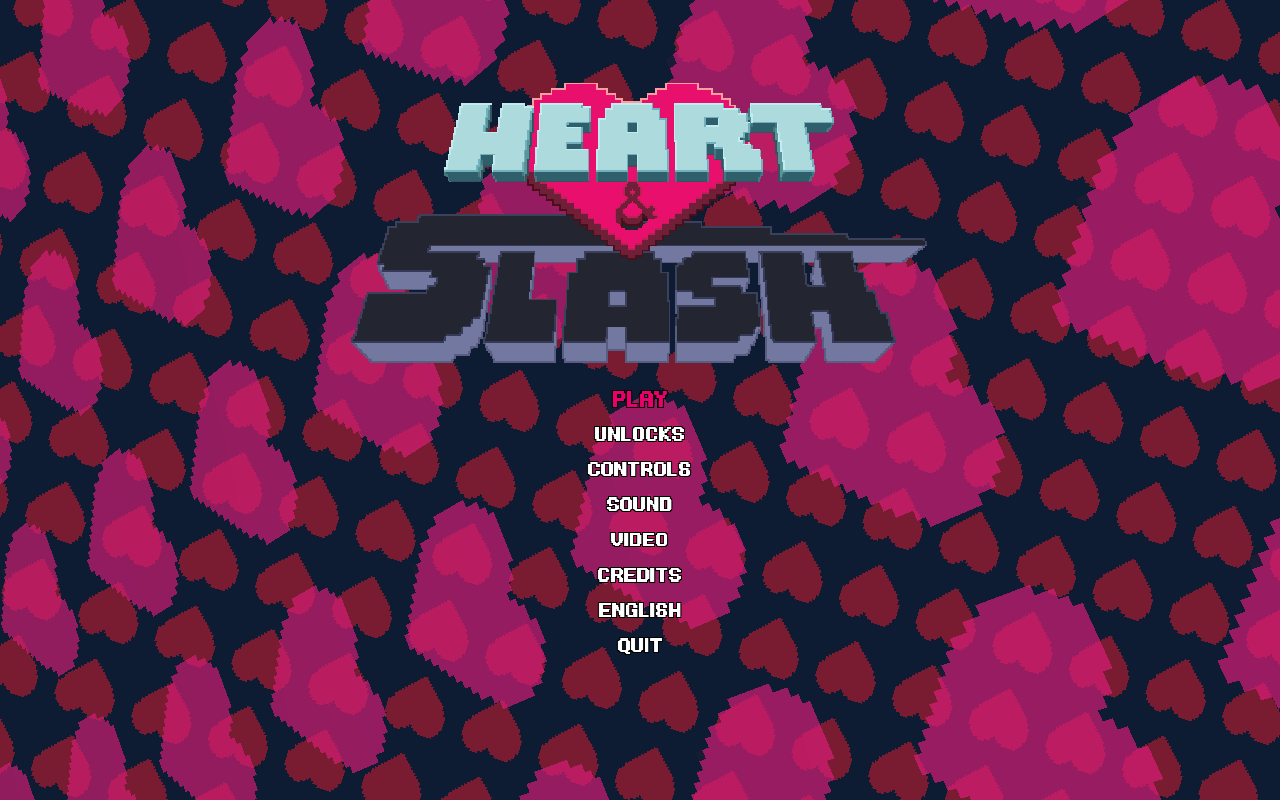 Some of that feels low-effort at first, but then you see the animation work. It’s smooth and distinct and gorgeous. Most of the actual animation you see in the game is combat, and that’s not skimped on either. Most of the weapons are actually pretty unique — with their own sets of attack animations — and lend themselves to different playstyles.

The gameplay is good too. Heart has this really interesting floaty double-jump that allows for a lot of maneuverability and midair combat.

I tend to get burnt out on rougelikes pretty easily, but I really like this one. There’s an experience mechanic, where you pick up scrap metal from robots that you can use to upgrade yourself or your equipment. You can also save that metal between runs, so you can stock up and save buffs for when you feel like you’re doing well. The game’s also not too long — getting killed isn’t ever going to feel like you lost a ton of progress, even late-game.

And Heart. He’s a little robot! I love him. That’s the story there.

No, but Heart — and most of the other robots in the game — have this great early PC vibe to them, with big bulky CRT monitors for faces and other components that mirror the graphical era the graphics pay tribute to. The Heart prototype in the screenshot there has a great color scheme that maps to the old rainbow Apple logo (and, of course, the green monochrome CRT head). And I just noticed this now, but his feet have little heatsinks built in! How great is that?

Oh, and the soundtrack. The soundtrack is spectacular. The main theme during the first factory level is ‘I ♥ You’ which… is just perfect. It’s a perfect song.

There’s this bridge at 1:28 where the song calms down for a few seconds before kicking right back into the main section at 1:40 and I love it. It just about perfectly matches the few seconds of relief you get after you clear a room and you navigate for a minute before diving into the next room and taking out another wave of robots.

It’s not the perfect game — there are some obvious graphical issues with z-fighting, for instance, and weapon controls can be finicky — but for $15 this is a fantastic little thing. Again, it really is special.