March 2, 2022: Bandcamp puts out a press release about their “joining” Epic Games. This follows in a line of eerily similar acquisitions of companies catering to indies, namely Sketchfab and ArtStation.

There are lots of interesting topics intersecting here:

I’ll talk more about those some day, don’t worry. For now, though, have some tweets.

the problem with making a good website is that sooner or later someone will offer you an un-refusable amount of money to ruin it twitter.com/Bandcamp/statu…

I can’t write about antitrust. There’s too much to talk about. So I have to break the idea down, way down, to something manageable. I’m going to chew on one phrase here, “the government shouldn’t pick winners and losers.” It’s a favourite of the pro-monopoly types and it almost sounds reasonable, so let’s think about it for like a minute.

First, when pro-monopoly types say “the government shouldn’t pick winners and losers”, what they’re picturing as the “win state” is market domination. They don’t see it as a bad thing, because they feel that success correlates with virtue, so if a corporation beats out its competitors that’s because it was right and good. We know what it’s like when corporations actualize on this; complete market domination, customers have no option but to go through you, it’s impossible to start competing against you. 100% domination, company towns, corporate rule. But that theoretical “win state” is the answer to the question of what corporations “want”.

“Corporations”, as entities, are little optimizing robots. Executives and boards and shareholders are the cogs and wires, but the thing they come together to form is something of an entirely different nature, something artificial. This is intentional; people want corporate entities instead of humans specifically because corporate entities and humans are different. Corporations last, corporations have a focused goal, corporations have that machinery to scale and pursue it effectively. That thing they form is a very primitive artificial intelligence that uses its cogs and wires to pursue a specific goal.

And the thing they aspire to, the thing they try to maximize, is market share. Revenue is great, but market share prints money. And, in theory, when nobody is cheating or exploiting or being anticompetitive, this actually works. Corporations compete against each other for customers, customers pick the best products, innovation disrupts markets, yadda yadda.

But of course that doesn’t happen with cheats at the helms of these companies. And — as with any model, sport, or competition — without enforced regulation the market rewards the cheats. And what it rewards them with is power to charge more, power to make exploitative products, and ultimately power to keep competition from disrupting them.

In an environment where corporate crime is tightly prosecuted and nobody is “light on crime” even when it comes to the wealthy and powerful, this doesn’t happen. Cut out the cancer and you heal the body.

But keeping companies from being exploitive would be “picking winners and losers”! And that’s obviously wrong, they whine.

Now, in addition to what the words mean and what the states look like, the language “winners and losers” is also absurd because it spins the conversation with an undue emotional connotation. “It’s not fair for you to regulate companies such that they might lose money, because they’ve earned it.” Poor little guy. They’re hurt, and we’re stealing from them. Except no, that’s obviously a lie. Corporations aren’t people, they don’t have emotions or feel pain, they’re organizational structures composed of individuals who are not unduly harmed by antitrust regulation.

The actual humans in this equation, the only party anywhere near this question who we should worry about harming, are the consumers. The people, who depend on access to food and medical supplies and technology. The people who are actually harmed by monopoly, requiring antitrust in the first place!

Antitrust isn’t punishment, it’s correction of situation that has gone wrong. It’s fixing a machine that is producing undesirable results. It’s a correction to the AI’s value function; there was an undesirable outcome that was accidently being rewarded. The regulatory response needs to be either “whoops, you found a new way to hurt people we haven’t made illegal yet, let’s patch that” or “whoops, you’re overtly committing crimes, and there is a consequence for that because that is what rule of law means.”

The scoundrel is the one who makes the argument that because he got away with hurting people at a profit once, to stop him now would be unfair to him. Doing right by people is bad for his business model, so it’s impossible to say who’s right or not. It’s a transparent excuse for politicians who don’t personally agree with the law because they like the company, or like the money they spend to pick the company as the winner by means of policy drift.

The question of winners and losers doesn’t matter because what “winning” is for corporations is bad, per se. Corporations are artificial creations who perform by setting goals and pushing themselves toward them. And that (competition) is enormously beneficial! But just because some state is the best thing for a nonhuman entity doesn’t mean that should happen. In fact, every way in which that state is different from one that prioritizes people is a compelling argument against it.

On August 5, 2021, Apple presented their grand new Child Safety plan. They promised “expanded protections for children” by way of a new system of global phone surveillance, where every iPhone would constantly scan all your photos and sometimes forward them to local law enforcement if it identifies one as containing contraband. Yes, really.

August 5 was a Thursday. This wasn’t dumped on a Friday night in order to avoid scrutiny, this was published with fanfare. Apple really thought they had a great idea here and expected to be applauded for it. They really, really didn’t. There are almost too many reasons this is a terrible idea to count. But people still try things like this, so as much as I wish it were, my work is not done. God has cursed me for my hubris, et cetera. Let’s go all the way through this, yet again.

I am so deeply frustrated at how much we have to repeat these extremely basic principles because people just refuse to listen. Like, yes, we know. Everyone should know this by now. It’s mind boggling. twitter.com/sarahjamielewi…

The architectural problem this is trying to solve🔗

Believe it or not, Apple actually does address a real architectural issue here. Half-heartedly addressing one architectural problem of many doesn’t mean your product is good, or even remotely okay, but they do at least do it. Apple published a 14 page summary of the problem model (starting on page 5). It’s a good read if you’re interested in that kind of thing, but I’ll summarize it here.

I have an issue with it, but over a very fundamental point, and one Twitter shares with a lot of other platforms. So here’s why it’s bad that Twitter decided to put accessibility features behind a paywall, and it isn’t the obvious.

All web services, Twitter included, aren’t just one big magic thing. You can model how web apps work as two broad categories: the client and the server. The client handles all your input and output: posts you make, posts you see, things you can do. The server handles most of the real logic: what information gets sent to the client, how posts are stored, who is allowed to log in as what accounts, etc. 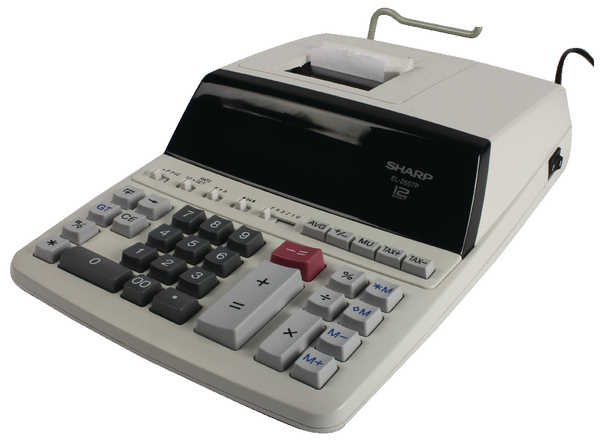